Chip Wade joined the Knights program in 2020 as a program advisory and coach. He will oversee the growth of the North Mississippi market and contribute to the growth of the program overall through region. Chip has known Jack Cressend since 1995 when the two played together for the Cotuit Kettleers in the Cape Cod league and has stay in contact over the years. He has coached, scouted, consulted and conducted baseball specific research for 23 years from the MLB to youth levels. Chip is currently a professor at the University of Mississippi.

Growing up in Pensacola, Fl, Chip was drafted by the Detroit Tigers in 1993, but attended Jefferson Davis Community College. Jeff Davis moved on to the Junior College Worlds Series in 1994 finishing 3rd in the country. Wade signed with the University of Georgia where he was a catcher in 1995-1996. In the summer of 1995, Chip caught for the Cotuit Kettleers in Cape Cod, where he met Knights founder, Jack Cressend. Following the 1996 season, Chip signed with the Minnesota Twins Organization where he played 3 years before retiring. Following his playing career, Chip went on to coach for the Alexandria Aces (Texas Louisiana Independent League), Pensacola Junior College (now Pensacola State College), the University of West Florida, and Auburn University.

While coaching at the University of West Florida, Chip earned a Masters degree in Biomechanics focusing on injury prevention in throwing athletes. Wade earned a Ph.D in Biomechanics at Auburn University in 2005 and a completed a Post-Doctoral Fellowship in Bioengineering at the University of Pittsburgh in 2006. Following his Post-Doc, he served on faculty at Ole Miss as a Biomechanics Professor, prior to serving as the Director of Research at the Andrews Research and Education Foundation for world renown Orthopedic surgeon, Dr. James Andrews. Chip’s research focuses on the mechanisms of injures across joints and injury prevention methodologies. He has published baseball specific academic research in the Journal of Biomechanics, Journal of Applied Biomechanics, International Journal of Kinesiology and Sports Science, Journal of Sports Biomechanics, Journal of Strength and Conditioning Research, and Pediatric Exercise Science.

Chip served as an associate scout with the New York Mets from 2008-2017 in North Mississippi. In 2017-2018 he consulted for the Detroit Tigers on arm health and injury prediction modeling for both draft picks as well as minor league pitchers. Dr. Wade’s modeling provides predictions of injury risk based on biomechanical parameters in throwing mechanics as well as preventative programs to reduce injury risk. Chip founded the Southern Performance Institute (SPI) (www.southernperformanceinstitute.com) in Oxford and Madison Mississippi to provide elite level training across sports, with a heavy focus on baseball specific training and injury prevention. SPI houses the Knight Knation baseball facilities in these two areas.

Chip is married to his wife Allison and has two boys, Ford (13) and Gibbs (10), and the master of the house a Golden Doodle (Georgia). The Wade enjoy skiing during the winters and beach trips during the summer when the boys are not on the road playing baseball. The Wade’s reside in Oxford Mississippi. 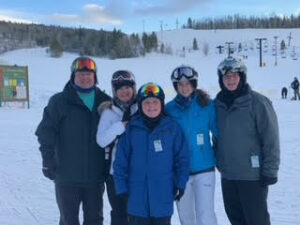 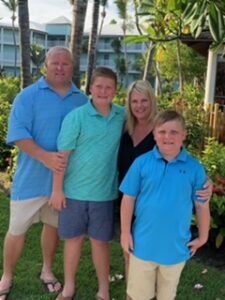