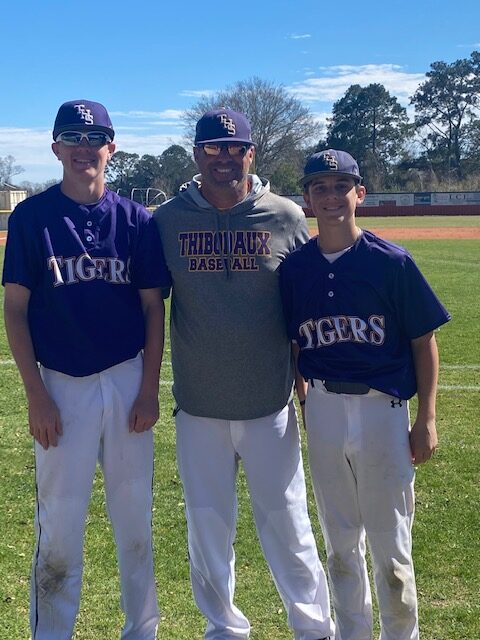 Shane Trosclair has been a part of Knights Knation since the fall of 2016.  Coach Trosclair is in his 4th season as head coach at Thibodaux HS.  Prior to Thibodaux, Trosclair spent 9 years as the head coach at E.D White.  Coach Trosclair has accumulated over 300 wins in his career.  He also has an extensive background on the travel ball circuit coaching with powerhouse program Marucci Elite prior to being with the Knights.  Coach Trox played collegiately at Holmes Community College from 1996-1997 and finished his college career at Southeastern Louisiana University from 1998-1999.