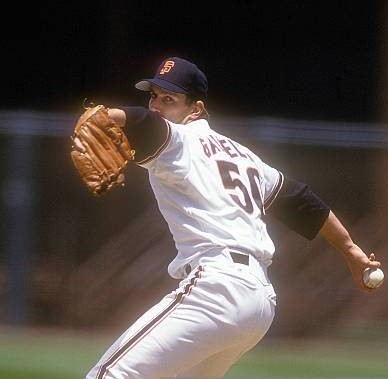 Former Major Leaguer Scott Garrelts has been an assistant coach with the Knights for one year. Scott pitched for the San Francisco Giants from 1982-1991.  Garrelts’s best year as a Giant came during the 1989 season when he went 14-5 with a 2.28 ERA, leading his team to the World Series against their Bay Area rivals, the Oakland Athletics. He switched from relieving to starting pitcher in 1989 and led the N.L. in ERA. He led the Giants in saves in 1988 and was 2nd in wins and strikeouts in ’86. Scott led the Giants in wins and ERA as a reliever in 1985 was the Giants lone All Star that year. During that season he had a streak of 24 consecutive scoreless innings. Scott is a great resource to our young pitchers in our Northwest program and is an awesome asset to our program