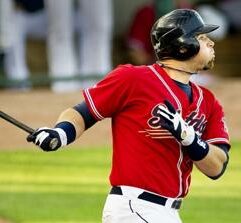 Phillip Hawke is a 2001 graduate of Woodlawn H.S. in Baton Rouge. Hawke signed a
scholarship to play for the Louisiana-Lafayette Ragin’ Cajuns under Tony Robichaux from
2002-2005 as a four year starter. After his senior year in 2005, he was drafted by the Texas
Rangers, starting a 7 year run in professional baseball featuring minor league stints with the
Rangers, Florida Marlins, as well as independent ball in the Frontier League and American
Association. During those years, he was part of four professional championship seasons.
Hawke is now in his 14th year as a high school coach, including three trips to the state
tournament and a 2013 3A State Championship. Coach Hawke was the Head Coach at Liberty Magnet in Baton Rouge, La for 3 seasons and is currently in his 1st season as Head Coach for Parkview Baptist in Baton Rouge.  Coach Hawke will be in his 5th summer with Knights Knation.