Jack Cressend founded the Knights program in 2007 and  is the Owner/CEO of Knights Knation Baseball. He oversees all aspects of the Knights program and is an incredible resource to Knights players and families. He brings a wealth of knowledge and experience to the program after spending the last 27 years as a player, coach and scout.  He has the unique combination of having played in the Major Leagues, coached at the college level for four years and is presently working for the Los Angeles Dodgers as their National Pitching Crosschecker.  Cressend holds a Bachelor of Science in Management from Tulane University.

A standout two way player for Tulane from 1994-96, Cressend helped the Green Wave to two NCAA Tournament appearances (1994, 1996) and one Conference USA Tournament title in 1996. In 1996, Cressend was named to the All-Conference USA tournament team after pitching a complete game shutout with eleven strikeouts in the championship game against South Florida. Cressend also led all of Conference USA in strikeouts that year. In two summers in the Cape Cod League, Cressend posted a 14-1 record and earned All-Star honors each season with the Cotuit Kettleers, earning team MVP honors in 1996. His performance was recognized by the Cape Cod Baseball League as he was enshrined in the league’s prestigious Hall of Fame in 2010. He remains one of Tulane’s career pitching leaders, ranking seventh in strikeouts per nine innings with 9.96, and is ranked eighth in opponent batting average (.257). He also holds several single season records, including strikeouts per nine innings with 10.78, in 1996. He is currently ranked ninth for appearances (29) and eighth for combined shutouts (2) in the Tulane baseball record books. Cressend earned his bachelors of science degree from the A. B. Freeman School of Business from Tulane in 2008.

Cressend enjoyed a notable eleven year professional career, pitching five years in the Major Leagues despite being overlooked in the MLB draft. He signed a professional contract with the Boston Red Sox organization following his junior year and went on to play 11 seasons of professional baseball including five seasons in the major leagues with the Minnesota Twins and the Cleveland Indians. In 1997, Cressend was named the Red Sox’s minor league pitcher of the year after leading Class A Sarasota in wins, innings pitched, strikeouts, and games started. In 2002, Cressend was a member of the American League Central Division Champion Minnesota Twins. The Twins ended up losing to the eventual World Series Champion Anaheim Angels in the American League Championship Series. Cressend’s best season in the Major Leagues came in 2004 with Cleveland when he posted a 2.51 ERA in 43 innings pitched with only nine walks. Over his entire professional career, Cressend made 370 appearances pitching 953 innings with 820 strikeouts. His career major league numbers are 160 innings pitched, 104 strikeouts, 5-5 record and 4.20 ERA. Cressend also has the distinction of striking out the first batter he ever faced in professional baseball as well as striking out the last batter he ever faced .

Upon his retirement as a player , Cressend served as an area scout for the Tampa Bay Rays from 2006-2008. During this time, Cressend founded the Louisiana Knights program in the summer of 2007 which consisted of just two teams in its first year. In 2009, Cressend was hired as an assistant Coach at his alma mater.  Head Coach Rick Jones tasked Cressend with assisting in recruiting, was in charge of scheduling, summer baseball player placement and served as the team’s pitching coach. In his first season with Tulane, four pitchers from Cressend’s Green Wave staff went on to earn professional contracts: Aaron Loup (drafted in the ninth round by Toronto), Josh Zeid (10th round, Philadelphia), Taylor Rogers (26th round, San Francisco) and Jonathan Garrett (free agent, Anaheim). In addition, RHP Conrad Flynn finished third in the NCAA in fewest walks and was named First Team All-Louisiana with a 8-3 record and 3.93 ERA. RHP Nick Pepitone earned a spot on Team USA and tossed 14 innings of shutout baseball, allowing two hits for the Red, White & Blue. For the Wave, Pepitone posted a 3.63 ERA with a team-high nine saves. Overall, Tulane’s pitching staff was eighth in the NCAA in fewest walks allowed and finished with a 4.63 team ERA.  Cressend spent the 2011 and 2012 seasons as an assistant coach at the University of Houston.

In 2013, Cressend was re-hired by the Tampa Bay Rays as a pitching consultant and spent two years scouting and evaluating pitchers across the country. In 2015, he was hired by the Los Angeles Dodgers as their National Pitching Crosschecker and has served in that capacity since. Cressend recently reached the pinnacle of his scouting career as he was part of the World Series Champions in 2020.

Cressend is married to his wife Katy and has two children Cole ( 18 ) and Cameron (15 ). Cole is currently a freshman RHP at Louisiana-Monroe ( ULM ) and Cameron is a freshman LHP at Mandeville High School. Cressend enjoys hunting in the winter and is a avid New Orleans Saints fan. 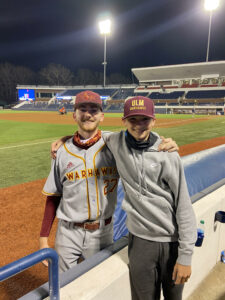 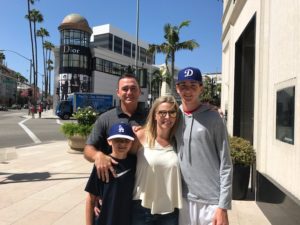 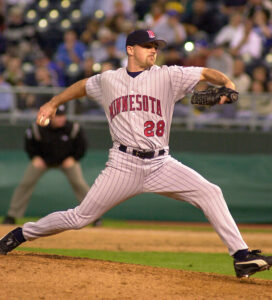 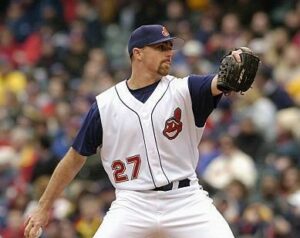