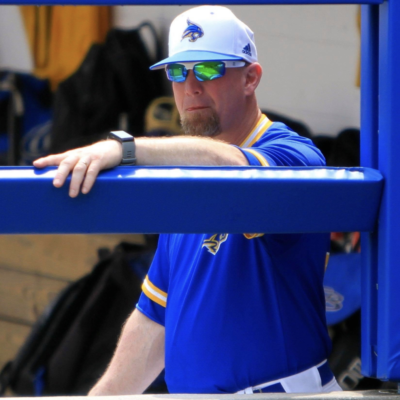 Steve Cooley will be with Knights Knation for his 2nd summer in 2022.  He is a 1990 graduate of South Jones High in Ellisville, Ms. Coach Cooley signed a baseball scholarship with Jones Junior College where he was a catcher. He received Team All-state honors, 1st Team All Region 23 and Team MVP.  In 1992, signed to play at Mississippi College where he finished his playing career and Graduated with a Bachelor in Science degree in Health Education and Administration with a minor in Biology from Southern Miss.