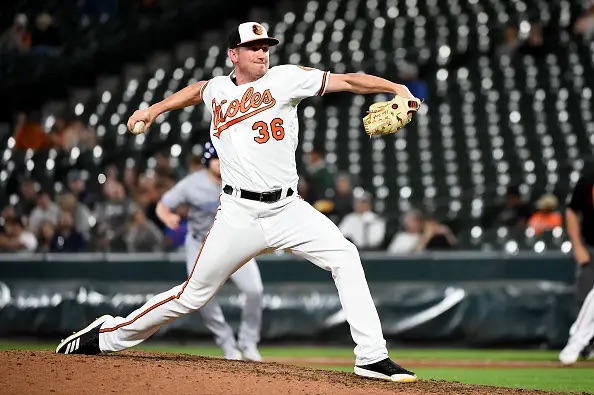 Ryan Eades attended Northshore High School in Slidell, Louisiana.  The Colorado Rockies selected him in the 19th round of the 2010 MLB draft, but he did not sign. Eades enrolled at Louisiana State University (LSU) to play college baseball for the LSU Tigers. In the summer of 2011, he played collegiate summer baseball for the Bourne Braves of the Cape Cod Baseball League, and was named the league’s pitcher of the year. In his junior year at LSU, he pitched to a 2.79 ERA with 78 strikeouts in 100 innings. The Minnesota Twins selected Eades in the second round, with the 43rd overall selection, of the 2013 MLB draft. He signed with the Twins and was assigned to the Elizabethton Twins of the Rookie-level Appalachian League and spent the whole season there, pitching to a 4.60 ERA in 15.2 innings. He played for the Cedar Rapids Kernels of the Class A Midwest League in 2014, compiling a 10-11 record and 5.14 ERA in 26 games (25 starts), and the Fort Myers Miracle of the Class A-Advanced Florida State League in 2015, going 6-3 with a 3.11 ERA and 1.24 WHIP in 20 starts. Eades spent the 2016 season with the Chattanooga Lookouts of the Class AA Southern League where he was 6-5 with a 4.61 ERA in 113.1 innings, and began the 2017 season with the Lookouts, before receiving a midseason promotion to the Rochester Red Wings of the Class AAA International League. In 30 total games between Chattanooga and Rochester in 2017, Eades pitched to a 6-3 record and 3.40 ERA in 30 games. He opened the 2019 season with Rochester. On June 8, 2019, his contract was selected and he was promoted to the major leagues. He made his debut that day versus the Detroit Tigers, throwing two scoreless innings in relief. Eades debuted wearing the jersey number 80, becoming the first player in Major League history to wear the number in a regular season game.

Eades comes from a baseball family as his late father, Ned, played professional baseball and coached high school baseball for many years at Northshore High. His mother, Marian, coaches the softball team at Northshore and his brother Chris also played collegiate baseball. Eades is married to his wife Alexa and the couple has one daughter.