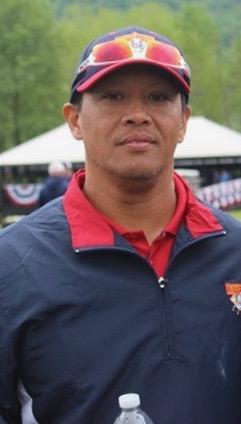 Ron Lim played his high school baseball for Edward H. White in Jacksonville, FL and graduated in 1986.  He chose to stay close to home and signed to play JUCO baseball for Florida Community College at Jacksonville (which has now changed to Florida State College at Jacksonville FSCJ). He played in the 1987 JUCO World Series in Grand Junction, CO where they finished 4th with a 50-6 record. He finished his collegiate career at LSU choosing to be a Tiger over his home state schools. He played in the College World Series in 1989 & 1990 with LSU finishing 4th both years. He has been coaching youth baseball for 10 years with the past 2 years with the Louisiana Knights. Ron is in his 4th year with the Knights and has been a great resource for our young players!