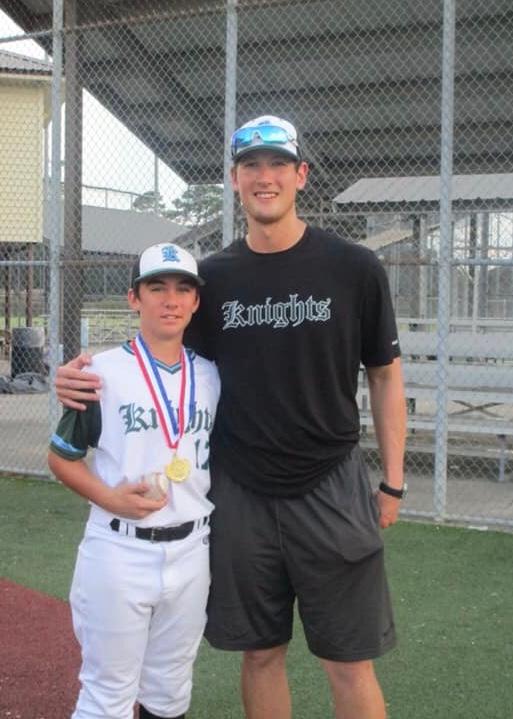 Paul Barton has been with the Knights for one year as assistant coach of our 13 Northwest team. Paul played  for Team Canada’s junior national team and was drafted by the Cincinnati Reds in the 39th round. He went on to Panola College and pitched for Coach Todd Shelton. He pitched 63.1 innings with a 1.70 ERA which was in the top 20 in NJCAA. He was named 2nd Team All-Conference before signing with ULL and finished up his playing career  at LSUS. Paul has been coaching for several years and runs The Compound, our  facility in the North West part of Louisiana.