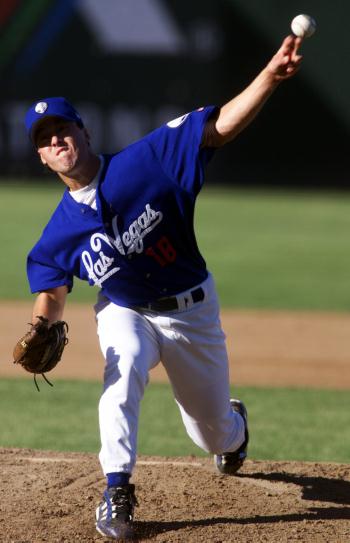 Phil Devey is a Canadian former baseball pitcher. He is a graduate of the University of Louisiana at Lafayette (then known as the University of Southwestern Louisiana). In 1998, he played collegiate summer baseball with the Wareham Gatemen of the Cape Cod Baseball League, and received the league’s Outstanding Pitcher award.[1]

He played with San Antonio of the Texas League in 2004, the AA affiliate of the Seattle Mariners, then in 2005 with both the Portland Sea Dogs, the AA affiliate of the Boston Red Sox, and the AA affiliate of the Philadelphia Phillies, the Reading Phillies, both of the Eastern League. He was originally selected in the 5th round of the 1999 Major League Baseball draft by the Los Angeles Dodgers, having played with them at Yakima, San Bernardino, Vero Beach, Jacksonville and Las Vegas from 1999-2003.  He was a member of Team Canada in the 2004 Summer Olympics[2] who finished in fourth place, having pitched six scoreless innings against Australia in an 11-0 round-robin win.