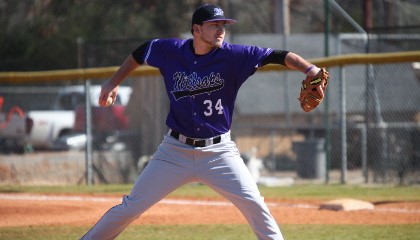 Will Edwards is a 2009 graduate of Kosciusko High School in Kosciusko, Mississippi. He was a
pitcher and infielder for the Whippets and led them to a playoff appearance in 2009.
After high school Will attended East Mississippi Community College in Scooba, Mississippi from
2010-2011. He was a starting pitcher for the Lions and made a playoff start against eventual
national runner-up Jones Community College in 2011.
Will continued his college baseball career at Millsaps College in Jackson, Mississippi from 2012-
2013. He was a 1 st Team All-Conference Pitcher in 2012 and helped lead the Majors to a deep
conference tournament run.
In 2013, he was named 1 st Team All-Conference, 2 nd Team All-South Region, and was the starting
pitcher in game one of the Division III World Series in Appleton, Wisconsin. Will lead the
conference in wins, innings pitched, and strikeouts in 2013. He was also 2 nd nationally in games
started and 10 th nationally in strikeouts in that same season.
He ended his Millsaps playing career with the following statistics: 29 games started, 10
complete games, a 16-7 record, 180 innings pitched, a career 3.00 earned run average, and 164
strikeouts. He is also the school record holder for strikeouts in a single season with 90 in 2013.
Will began his coaching career in 2014 and assisted with Millsaps College from 2014-2016. He
then moved on to become the pitching coach at Captain Shreve High School in 2017 and is still
in the same position now. 2022 will be his first summer as a part of Knights Knation.
Will is married to Lindy Robichaux Edwards from Geismar, Louisiana who is pursuing a career as
an orthopedic surgeon. They have a one year old daughter named Adelaide and are excited for
this opportunity to be a part of Knights Knation.