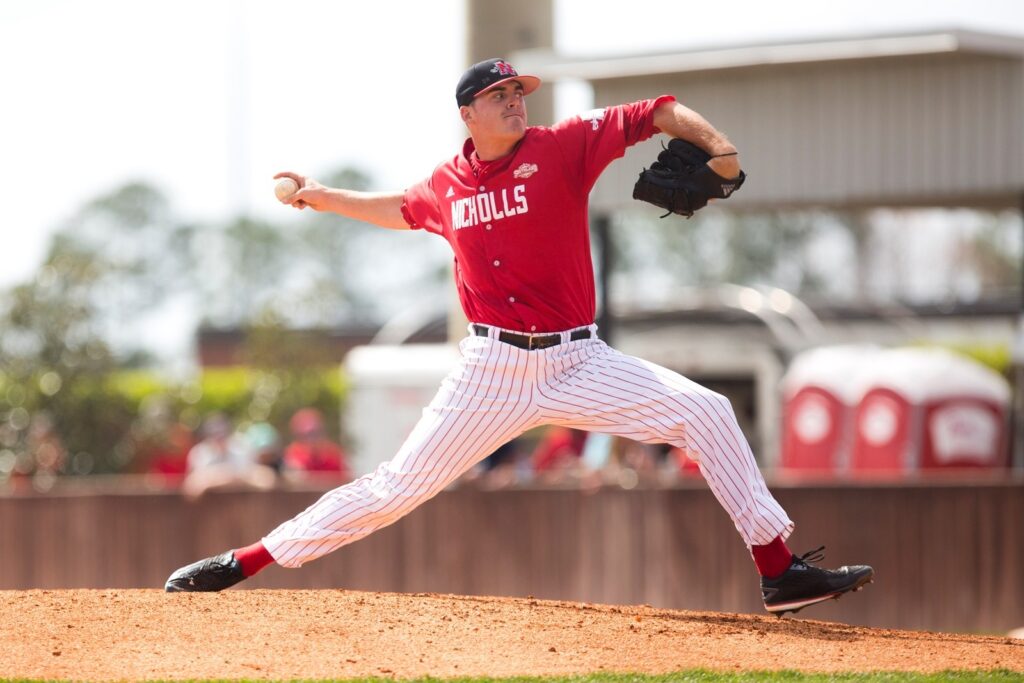 Cole Stapler is a 2013 graduate of  Dutchtown High School where he earned All-District honors as a junior and senior, including district MVP, All-Metro and All-State.
Cole was drafted in the 35th round in 2013 by the Miami Marlins but chose to go on and pitch at Nicholls State University for 4 years accumulating over 240 innings earning second team All-Conference as a senior in 2017. He also earned his Bachelor’s degree in Business.  He was Drafted in the 22nd round in 2017 by the Arizona Diamondbacks where he pitched from Rookie ball through AA Compiling over 250 innings with a career 3.24 ERA.  Cole is the current pitching coach at Zachary HS and will be in his 2nd summer with Knights Knation in 2022.