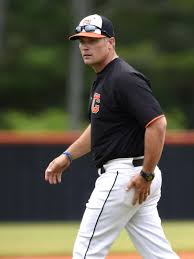 Bass played catcher for LSU from 2003-2005. He was named to the Academic All SEC Team in 2005 and won the Distinguished Student Athlete Award in 2005.  Prior to playing at LSU, Bass played catcher one year for the Southern University baseball team and helped the team capture the Southwestern Athletic Conference Championship. He also was the starting catcher at North Central Texas College where the team won the NJCAA National Championship.