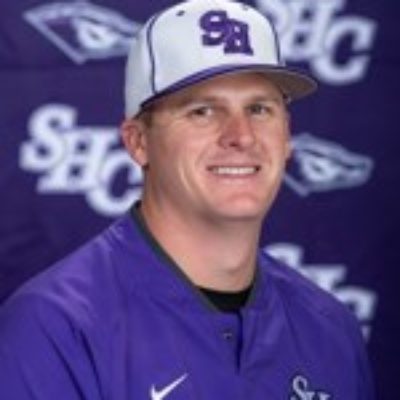 Coach McCall became the full-time assistant coach at Spring Hill in the Fall of 2014 after spending the previous three seasons as the Badger graduate assistant coach. As a Spring Hill player, he enjoyed a four-year career (2007-10) in the Badger outfield where he hit .335 during his career and owns the school’s single season record for triples. During his senior season, he hit .353 with six triples and 44 RBI. McCall was a two-year starter with 81 career RBI.
McCall graduated from De Smet Jesuit High School in St. Louis, Mo., and in 2005 he helped lead De Smet Jesuit to the State Finals.
At SHC, McCall works with the hitters and outfielders and plays a key role in recruiting while also overseeing the strength & conditioning program. McCall has coached one NAIA All-American (Taylor Eads 2014) and one NCAA D-II SIAC Conference Player of the Year (Alex Jones 2016).