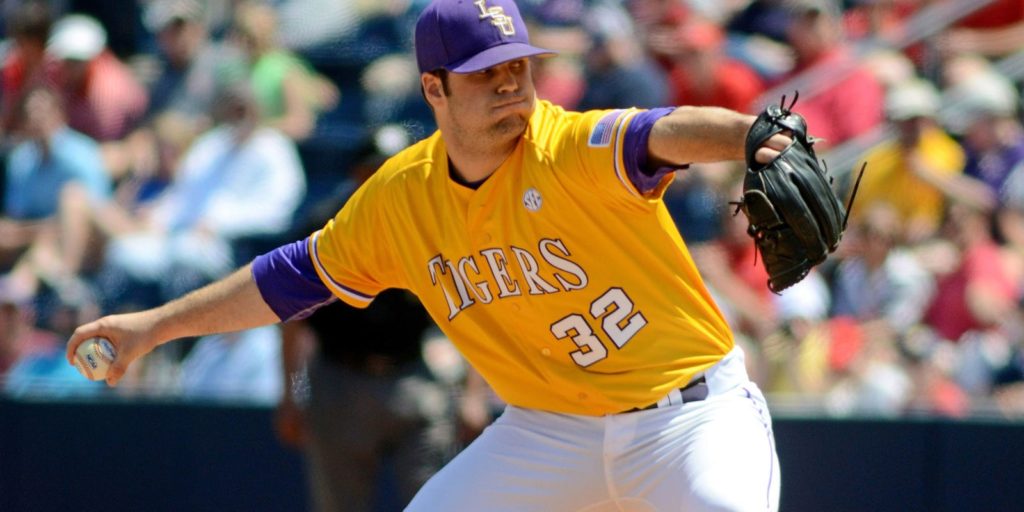 We are extremely excited to announce the addition of Alden Cartwright to our staff as the Director of Player Evaluation. Alden will focus on evaluating potential players for our program as well as helping our current players understand their strengths and weaknesses.  Alden graduated from LSU in 2017 with a Bachelor of Science from the E.J. Ourso College of Business. Cartwright was a talented pitcher for the LSU Baseball team from 2014-2016 where he made significant contributions as both a starter and reliever. He suffered a season-ending elbow injury in April 2016 at Auburn, had Tommy John surgery performed on his elbow but elected to end his baseball career prior to the 2017 season after having an additional surgery on his shoulder. Cartwright contributed to the Tigers obtaining an SEC Tournament Championship, SEC West Championship, and overall SEC Championship. He played in Omaha in the College World Series in 2015.

Since graduating from LSU, Cartwright has made a big splash in the amateur baseball and travel ball scene. He has built a wide web of connections and has helped build multiple organizations exponentially. Cartwright has a passion and great eye for identifying talent and placing them on the right team to ensure player success. He is enthusiastic about not just recruiting players but coaches all across the area.” Alden is currently the 11U head coach of our Baton Rouge youth affiliate, Voo Doo Baseball.