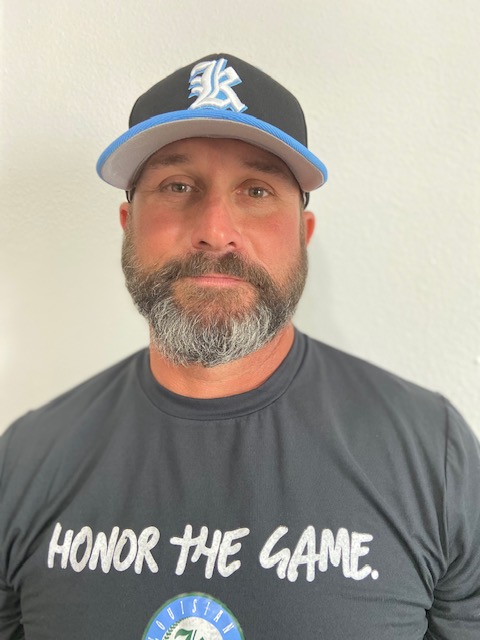 Coach Pearson is a long time member of the Knights staff.  He is a 1993 graduate of West Monroe HS  where he played baseball all 4 years. After HS he went on to play at Paris JC.  Once his playing days were over he was a firefighter for 25 years while coaching youth baseball at the same time.  After retiring from the fire department he started Pearson Baseball Academy where we specializes in hitting and in 2020 he became the affiliate director for Knights Knation Northeast based in Monroe, La. Coach Bill and his wife Anna has 3 sons, Jacob who originally signed with LSU in 2017 and was drafted by the Los Angeles Angels and is now in the Atlanta Braves farm system. His 2nd son Josh is a long time player with the Knights and is currently a senior at West Monroe and has signed to play baseball at LSU, Coach Pearson’s 3rd son John is a freshman at West Monroe and also plays with the Knights. Coach Pearson also has two daughters Ashley and Paige.  He is a great asset and resource for all the players and families in the Knights Knation program.