Adam Heisler has achieved much distinction in his baseball career.  He helped Baker High School win back to back state championships and led the team with a .484 batting average.  Heisler was drafted shortly after his high school graduation by the Chicago White Sox in the 2006 Major League Baseball First-Year Player Draft.  He elected to attend college instead and played two seasons at Faulkner State Community College where he was honored as a member of the 2007 All-State Tournament team.  After junior college, Heisler played two seasons at the University of South Alabama. He was second team All Sun Belt in his first year of Division I baseball.  He led the Jags with a .390 batting average in 49 games and a .441 on-base percentage.  Heisler started in center field in 42 of 49 games with the remaining seven starts as a designated hitter.  In these games, he committed only one error in 88 chances for a .989 fielding percentage.  Because of his impressive performance, Heisler was drafted again in the 2009 MLB Amateur Draft by the St. Louis Cardinals but chose to finish his education and college career at the University of South Alabama where he graduated with a degree in Exercise Science.

Adam Heisler signed with the Chicago White Sox as an undrafted free agent following his college graduation.  In 2013, he was named a White Sox Organization All-Star by MiLB.com after spending the season with Class A Kannapolis, Winston-Salem, and Class AAA Charlotte of the International League.  In 2015, Heisler was named an American Association All-Star with the Winnipeg Goldeyes and helped lead them to becoming the American Association Champions in 2016.

In late 2016, Heisler retired from playing professionally and started working to fulfill his dream of opening a player development facility in his hometown.  In May of 2017, Heisler Heat Baseball Academy started fulfilling its purpose of training and developing athletes to the next level.  Heisler’s vision was to help area youth accomplish their dream, whether that be making all stars at a local park, being a part of their school’s baseball team or playing at a Division I university.  In its short time, HHBA has accomplished all of the goals above for many athletes making Heisler one of the Gulf Coast’s most sought after and knowledgeable player development coaches in the area. 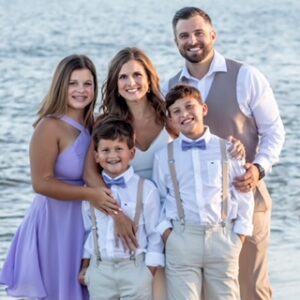